HIS FATE MADE HEADLINES

Peter Steudtner is a human rights activist who was imprisoned in the high-security wing of the Turkish prison in Silivri near Istanbul from 5 July to 25 October 2017 on charges of belonging to a terrorist organisation. Here, he started running his own marathon.

In order to draw attention to the threat faced by human rights defenders, Steudtner and Amnesty International invited to a solidarity run on 12 September 2018 in the reconstructed prison cell of Peter Steudtner.

An exciting project for FONTLINE, because the challenge was to build a replica of the prison yard in which Peter Steudtner had ran a marathon in 2017. The dimensions of the courtyard had to match the original courtyard. Peter Steudtner was impressed: “In fact, almost everything looks like it did back in Silivri,” he noted.

Alongside the design, FONTLINE was tasked with quick assembly and disassembly at Potsdamer Platz, in the immediate vicinity of the marathon course.
The frame of the superstructure consisted of 4-point trusses. The grilles were made of theatre laths and round bars to create a “prison look”. Sandbags were integrated into the rear wall for stability. Messages in the format 7.70 x 3.20 metres were produced with textile stenter frames. 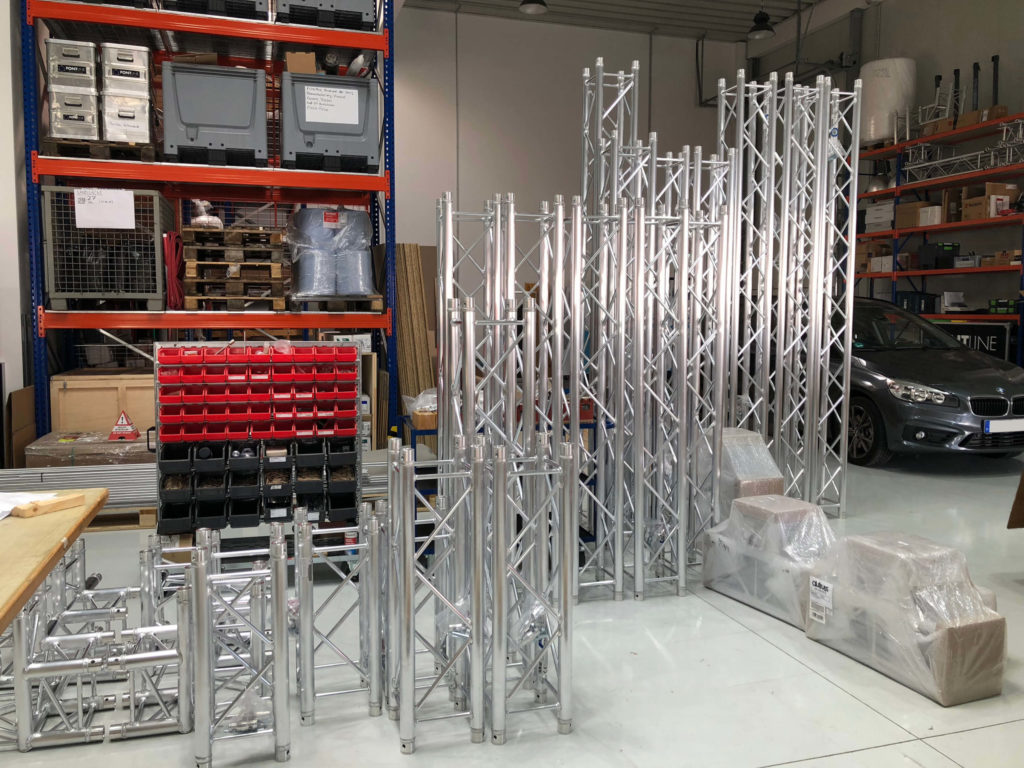 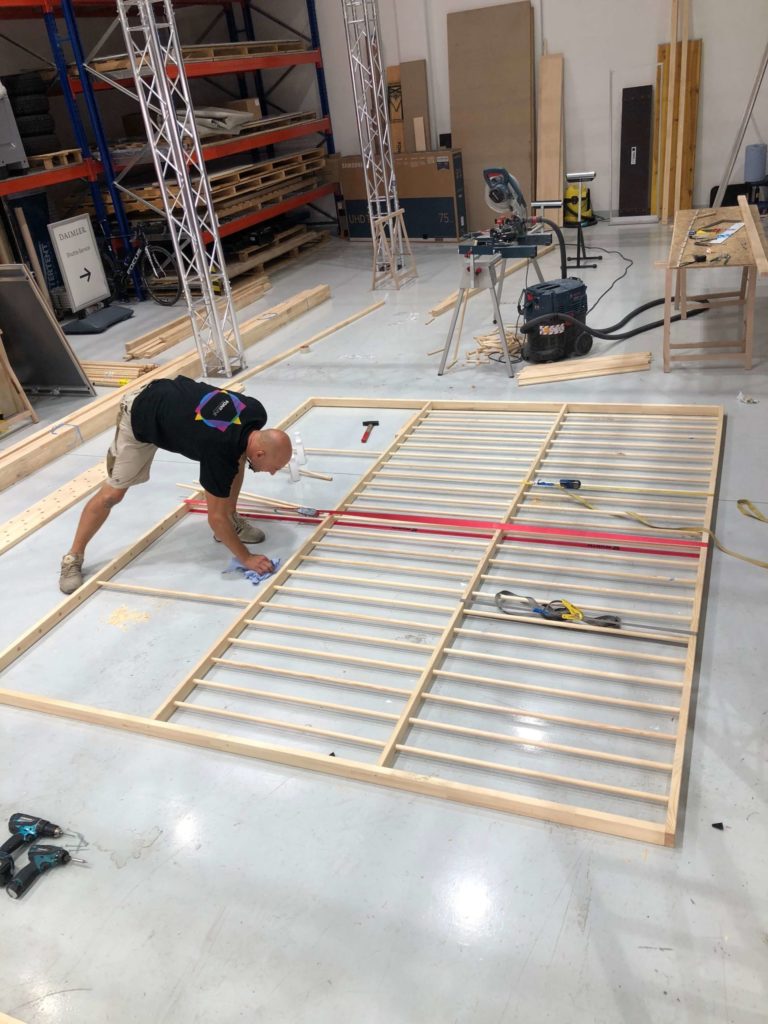 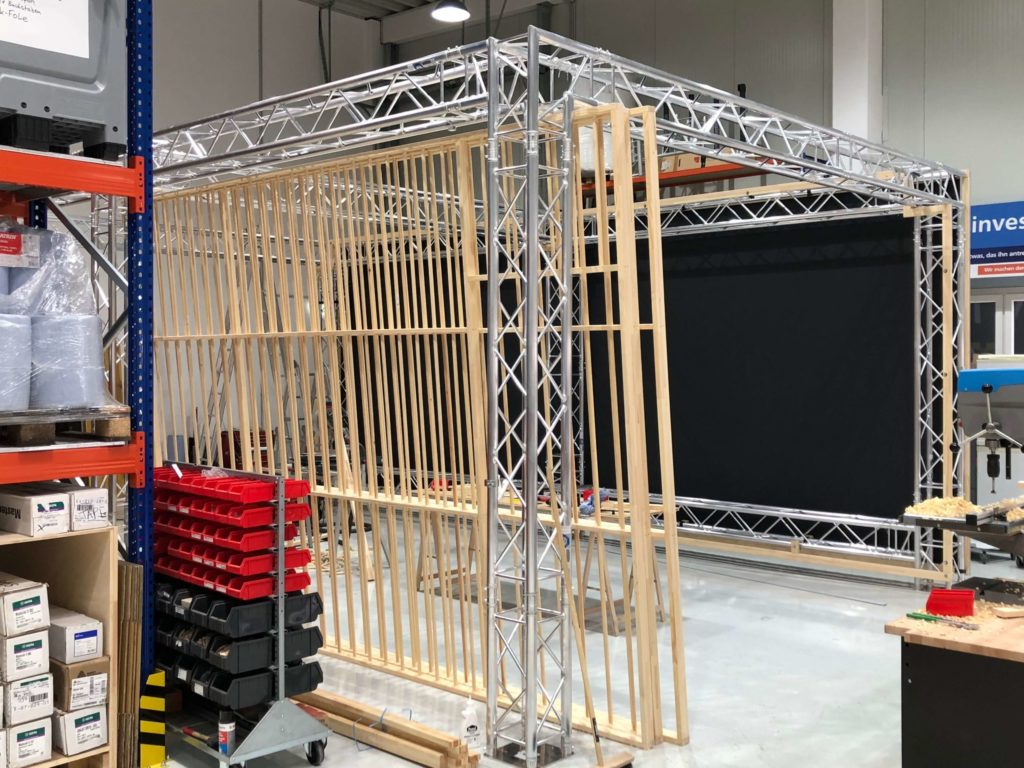 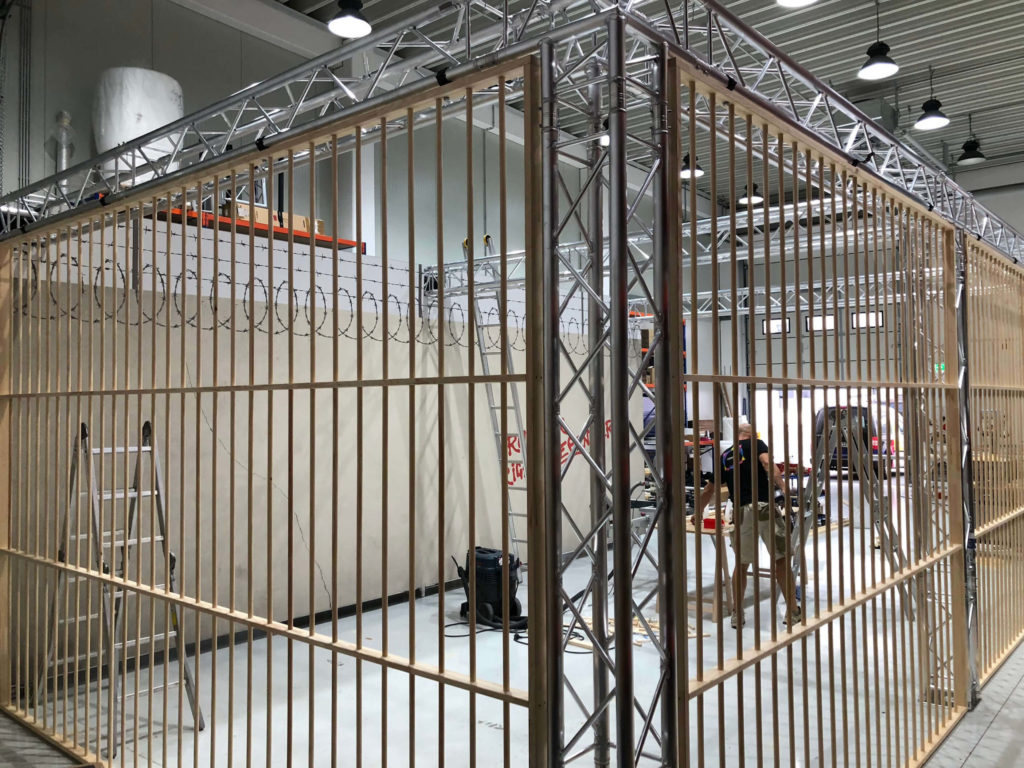 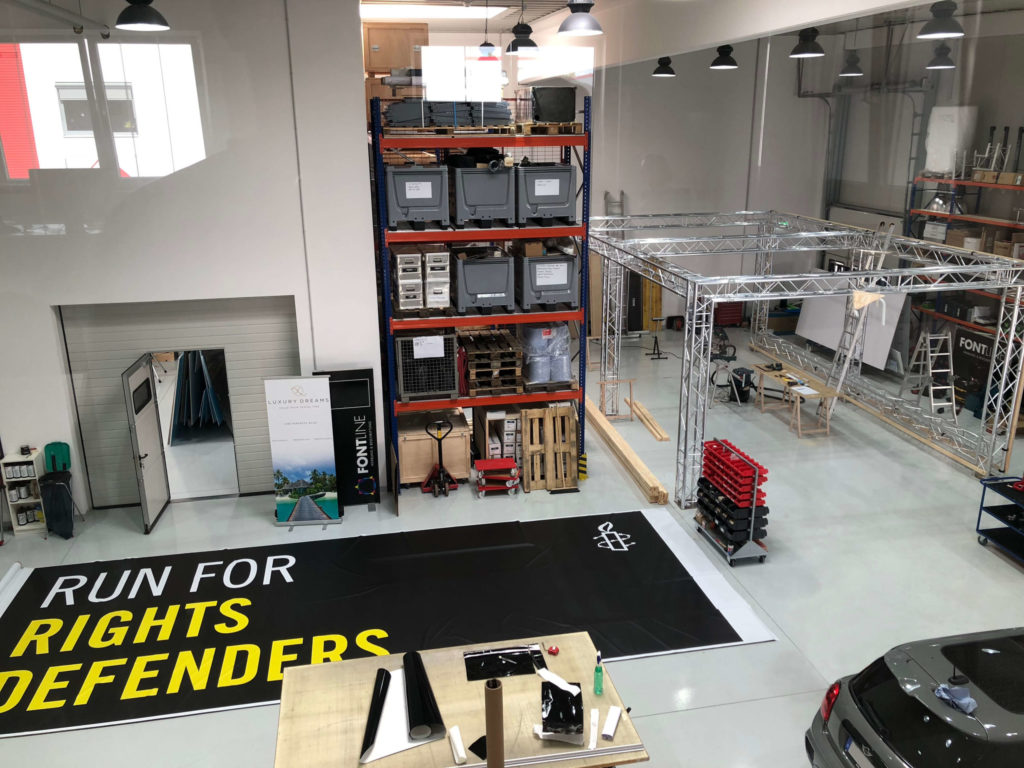 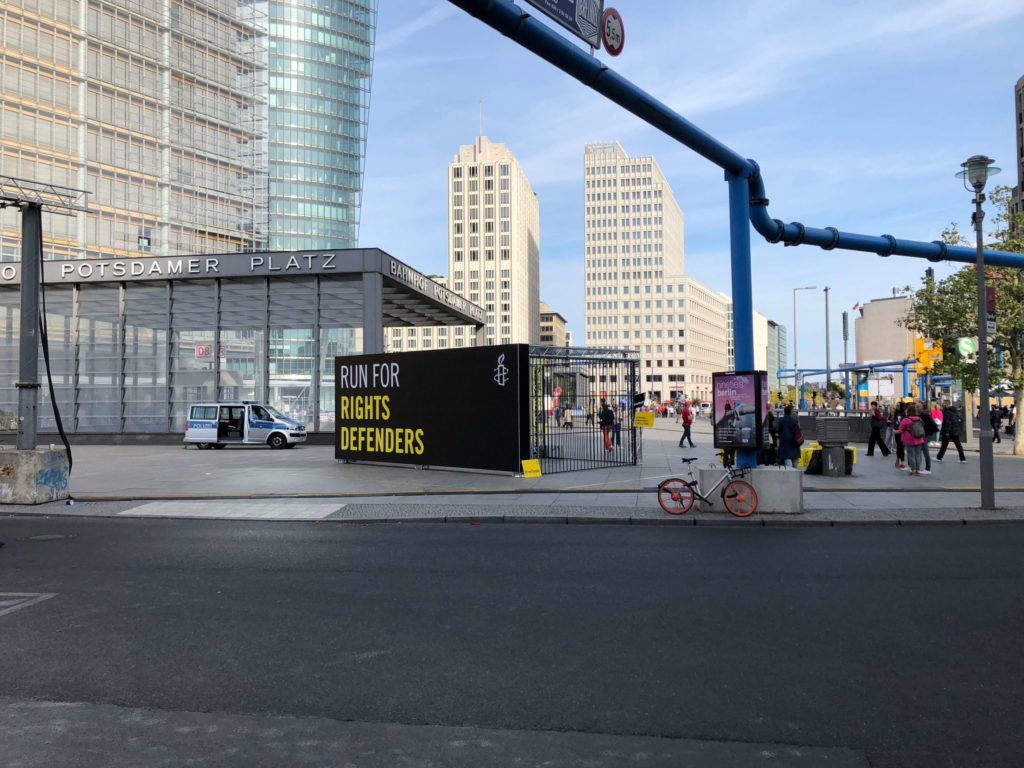 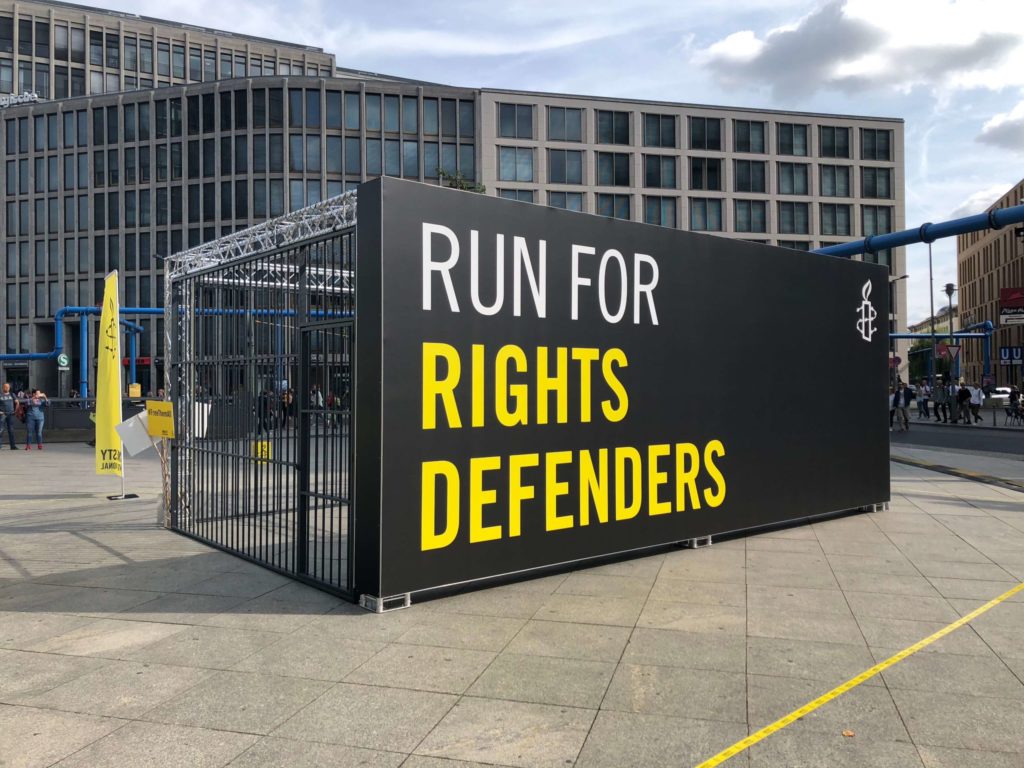 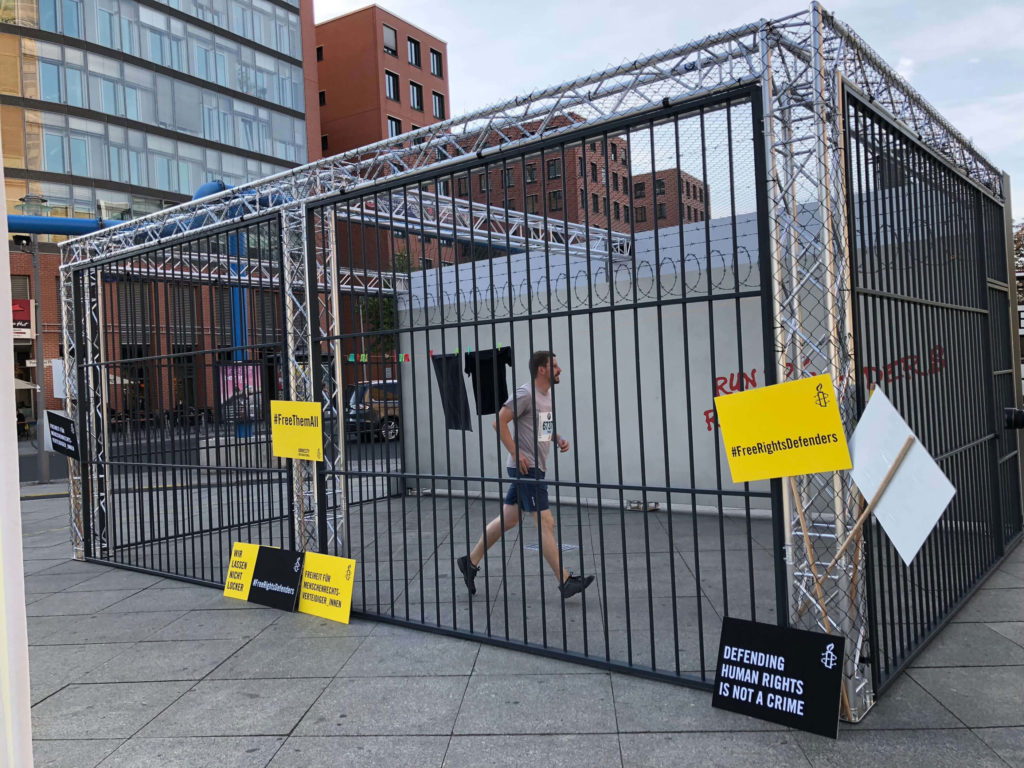 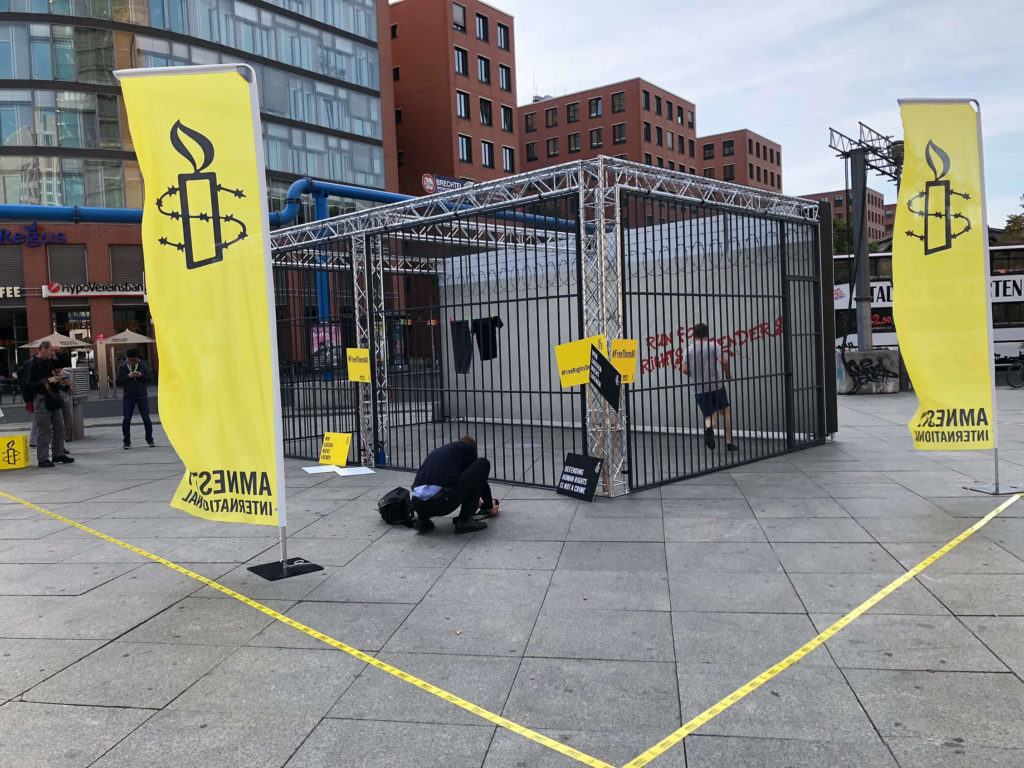